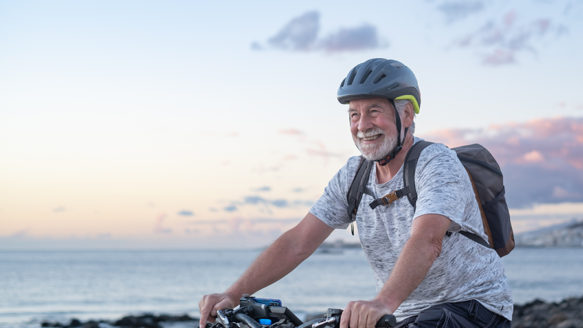 How Russell Paid off $35,200 in Credit Card Debt and Payday Loans

Russell Bowers’ most financially successful month arrived when he made the last payment to his creditors, officially eliminating all $35,200 of debt he had accumulated.

After researching several other credit counselling programs and consolidation offers, Bowers was unsatisfied with the interest rates. That was, until Bowers’ saw a Money Mentors ad on a billboard and became enrolled in the Orderly Payment of Debts program.

His counsellor, Stacey, got him back on track and in control of his money management. “The biggest issue for me was budgeting. I never had a plan, I just spent the money as it came in and didn’t leave any left over,” said Bowers.

Eventually, these financial burdens began to slip away, and Bowers felt like a massive weight had been lifted off his shoulders.

The Dangers of Payday Loans

“I was the type of person who would often go to the payday loan companies,” said Bowers. “That doesn’t get you any further ahead.”

What most people don’t realize, is the interest rates that come attached to payday loans. These numbers, although seemingly innocent, are actually costing you more than the initial loan if you aren’t careful.

“You have a certain amount of money coming in on your paycheck, but then you realize oh man, $400 of that is already spoken for.”

Money Mentors advises all Canadians to be careful when taking out any loan, even more so when the interest rate isn’t disclosed in an obvious way.

“I’m sort of the poster child for a misspent youth, so I guess the biggest thing I would ask is do you really need that now?” said Bowers. The same thing goes for payday loans. Ask yourself if it’s needed now.

Cutting Back on Unnecessary Expenses

Recently, Bowers moved to BC due to his job requirements. During the move, he opted for a smaller apartment than normal. “We tend to over clutter our lives with so much stuff,” said Bowers.

He realized he had boxes of items that were just sitting there unopened, and many other clothes and gadgets he had paid for but never used. That’s when Bowers started to eliminate the “stuff” from his home and his life.

“I’m a single man, so my rule of thumb is never own more than 4 dishes,” said Bowers. “If you take a look around at everything you possess, you realize you paid for this at some point. It can be eye-opening.”

“Sometimes when you strip everything away, you kind of go, what do I really need?” said Bowers. He explained that this doesn’t mean depriving yourself of everything.

Bowers finds that re-evaluating your wants and your needs can be vital to your financial success, as well as your personal comfort. Distinguishing these two categories is often something we learn when we grow up but varies based on family values.

During his time on the program, Bowers participated in Money Mentors free online financial fitness classes. “I was more or less financially illiterate, as I think so many of us are,” said Bowers.

“In the past, if I wanted a stereo, I would put the $700 on my credit card, but now I think hey maybe I should wait two weeks and pay cash.”

Bowers also altered his money mindset during his time on the Orderly Payment of Debts program. Now, when he has leftover cash at the end of the month, he will make an early payment on his cable or internet bills to be ahead of the game.

He mentioned how nice it is to receive a bill saying you have a credit, instead of a balance owing. His recommendation for people who tend to overspend is to try and tackle a cash-only budget or take some time off of spending any money.

Since making his final payment, Bowers feels one word. FREE. “There is a sense of freedom. Not that you’re rich, not that you’ve got money flowing out the door all the time because you’re paying debt, but at the same time you just feel free,” said Bowers.

“To be able to feel free is a pretty life changing experience, because I think most of us that get stuck in debt feel like we’re trapped.”

Money Mentors asked Bowers what his advice would be to someone going through a similar situation, and he simply asked us, “does hiding from life feel good?”

“If you’re cutting yourself off from socializing because you feel horrible about where you are in life, to me that’s a sure-fire sign that you need to get these things in control,” said Bowers.

Money Mentors would like to thank Russell for sharing his story. Congratulations on becoming debt-free! 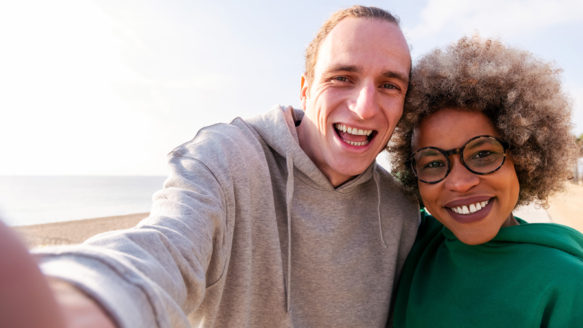 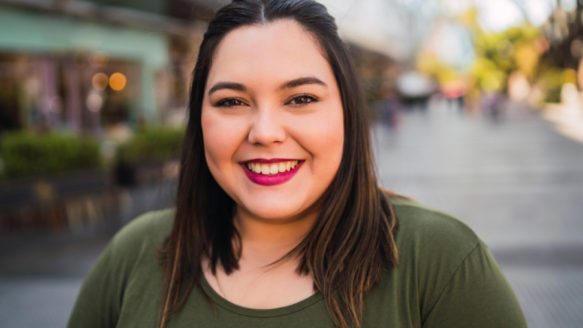